We designed an integrated system of smart governance for a future smart city, that includes includes an autonomous robotic vehicle and a control center. The classic solution based solely on installation of sensors and additional hardware in the city leads to a large infrastructure with high cost, inefficient management and problematic upgrades. We thought it was better to have an autonomous robotic vehicle that will be able to operate as a mobile platform for collecting information. Also, the vehicle can execute automatically, more frequently and with higher accurracy various necesssary and critical operations (e.g. parking control, infrastructure status inspection).

The robotic vehicle is moving autonomously in the city, performing predefined routes and recognizing specific points of interest through the usage of exclusive custom signs. In addition, it supports two special operating cases (emergency and charge) at which performs alternative routes based on information that receives from the center control.

In order to fully leverage the vehicle's movement in the city we added extra sensors, leading to a mobile platform for collecting information and tracking events. The robotic vehicle is able to communicate with the existing devices in the infrastructure by using low cost wireless communication via infrared (Infrared) signals to collect useful information. Through this design the proposed system is using less and more simple hardware while at the same time is able to cover significantly larger geographical areas. 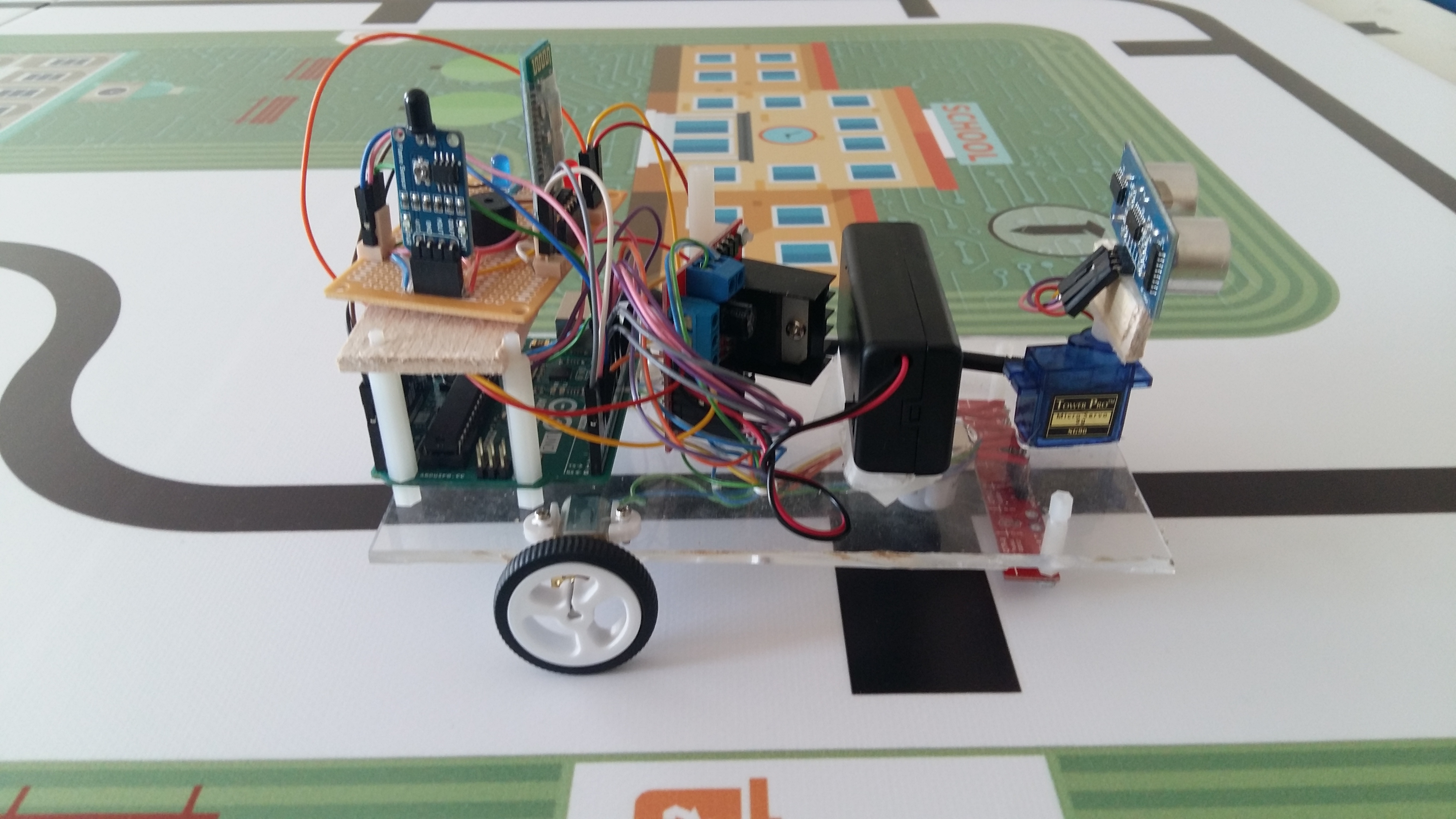 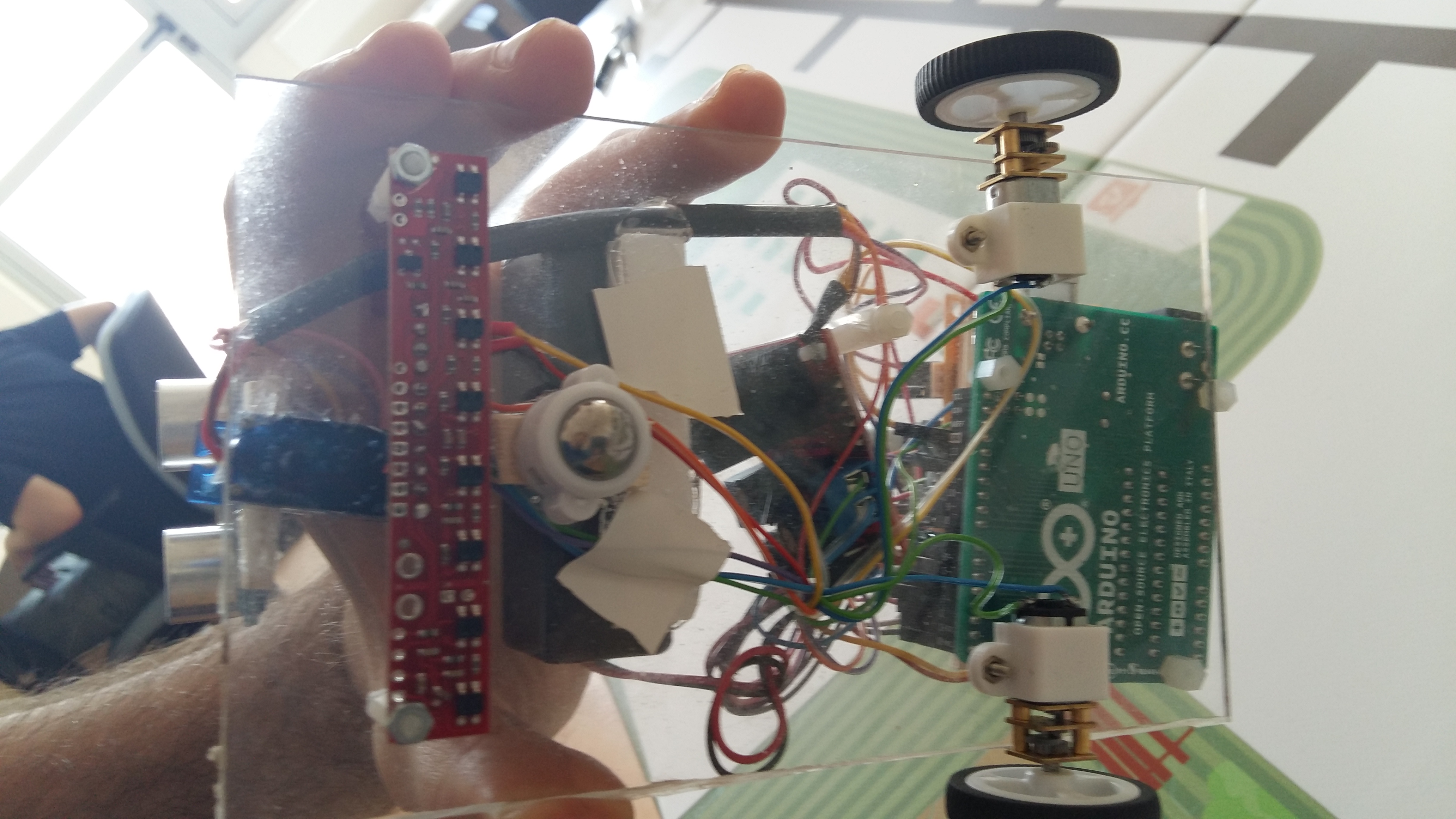 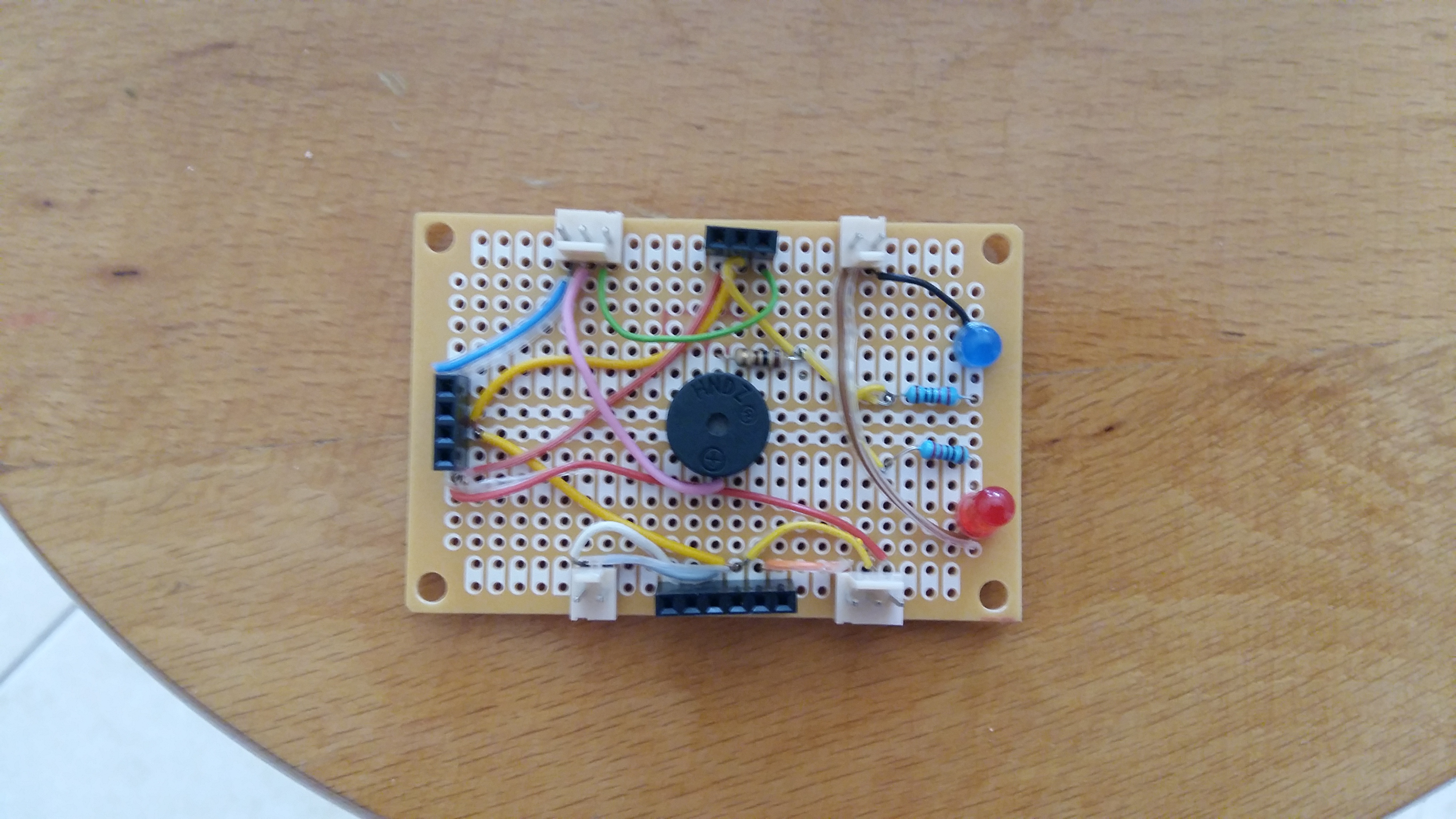 We designed a realistic model for the city, where the proposed robotic vehicle operates, that corresponds to a future smart city including: 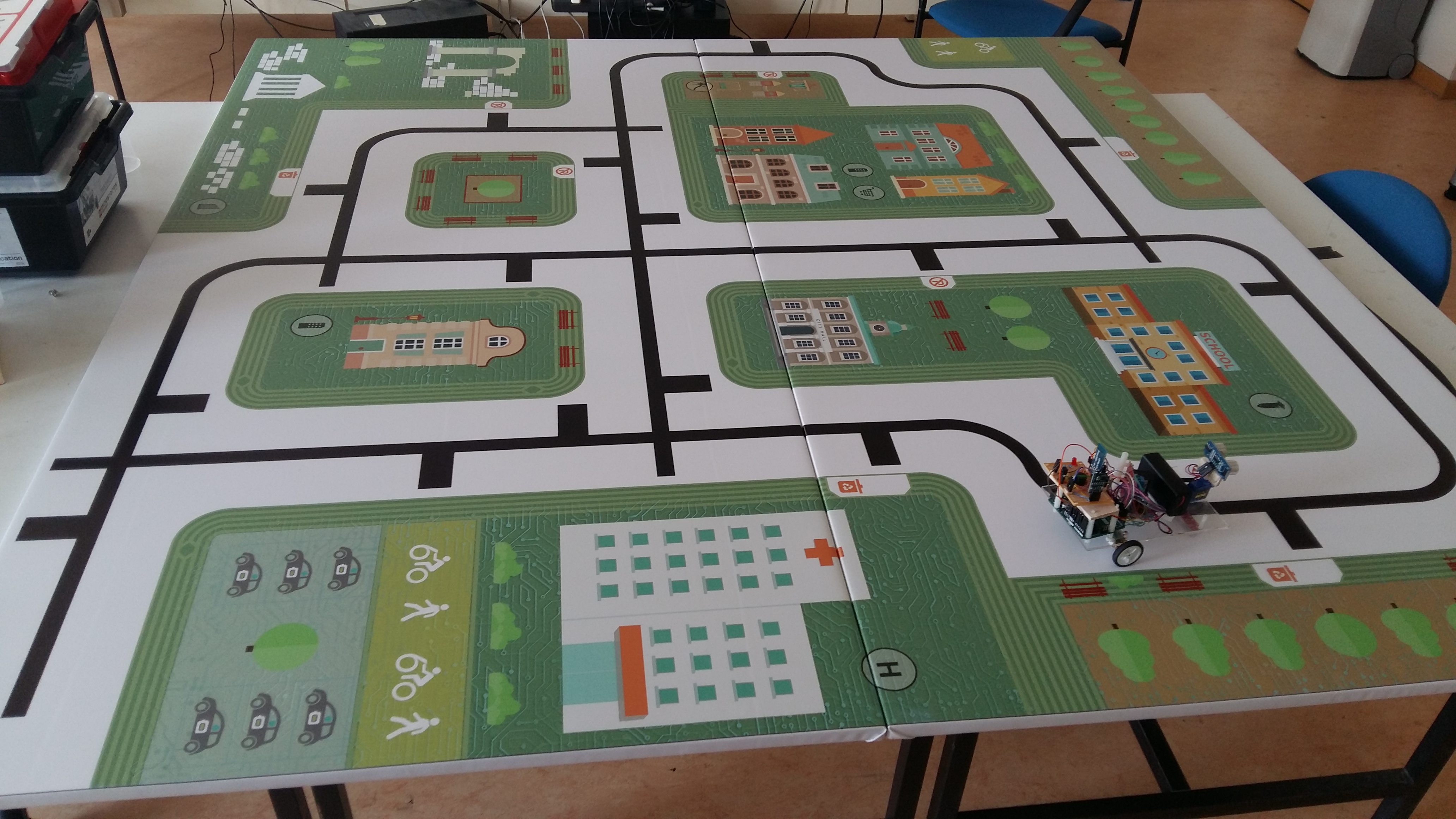 The control center (a Python application) is a key element of the proposed solution:

Our participation in the open category of the Greek national final of the World Robot Olympiad 2019 (Athens, July 2019) 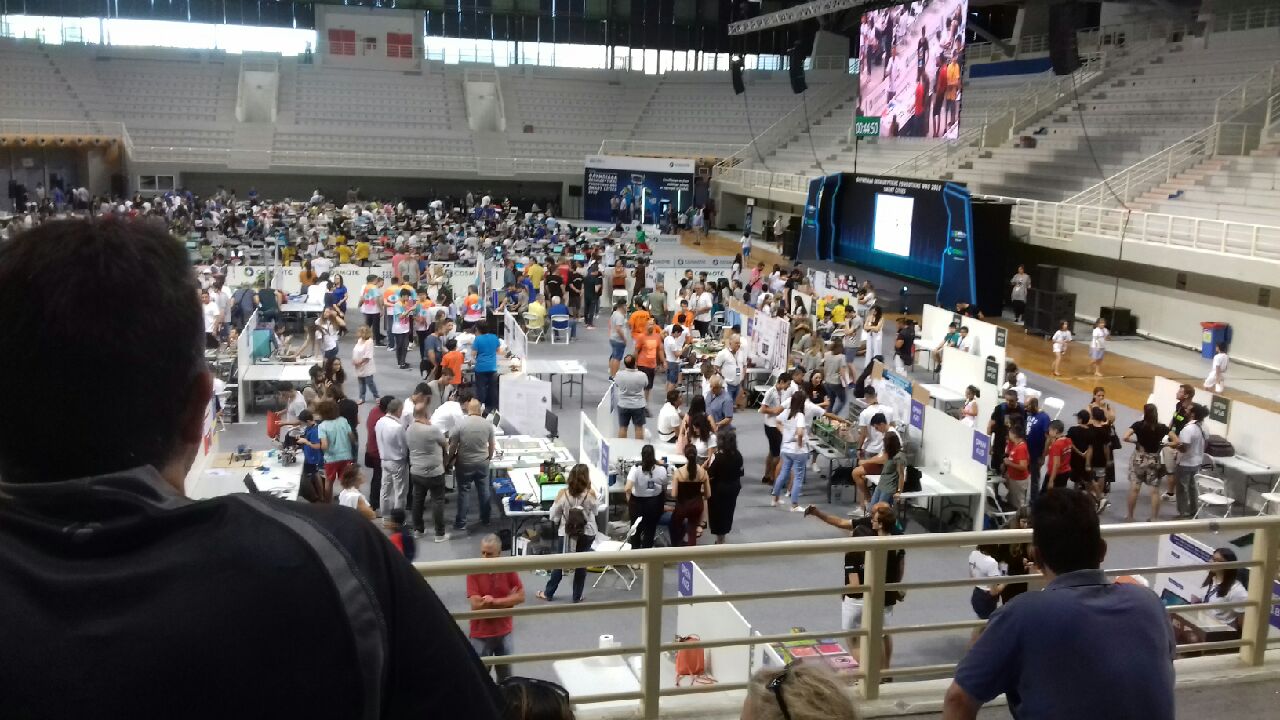 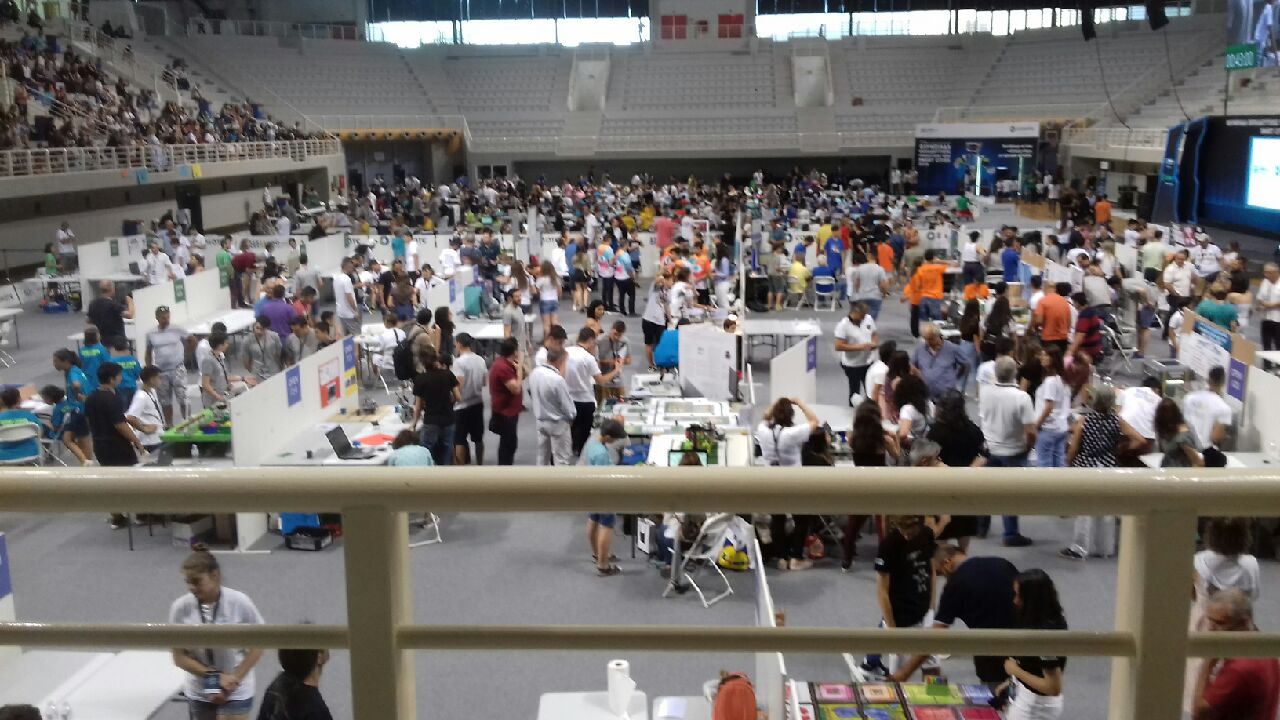